A metaphor for our times (in more ways than one) 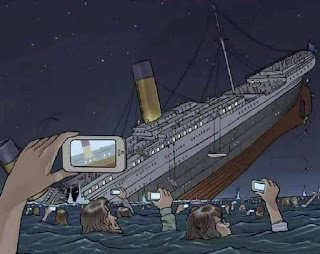 Conservatives, back in the day 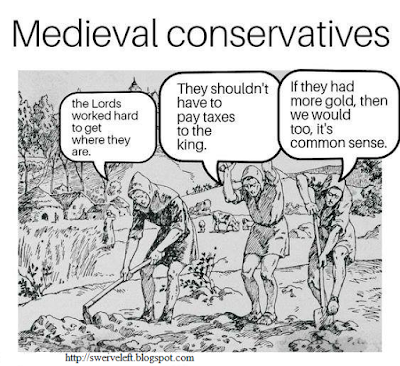 An AR-15 or a modified version of one was used to commit the attacks in Aurora, Colorado (June 2012); Sandy Hook Elementary School in Newtown, Connecticut (December 2012); San Bernardino, California (December 2015); First Baptist Church in Sutherland Springs, Texas (November 2017); and Parkland, Florida (February 2018). Yet according to the NRA, this is "America's rifle."

This is good to see. South Korea's making a bold move to cut out the use of plastic bags. I'm a bit of a hypocrite when it comes to this since I still end up taking the occasional plastic bag when it's unnecessary, but I'm glad to see governments step up to the plate and do more to remind us all to do the right thing.

Richard Boyd Barrett deserves credit for stating the obvious. Israel isn't a democracy. It's an apartheid regime and an American lackey.

Your mind on social media

Cliff Nass has a good talk where he talks about the effects of multitasking and social media--the real opium of the current masses.

I could care less about the move of the American embassy to Jerusalem. If that's where Israel wants to put their embassy, more power to them. The status of the Palestinians is another matter. As pointed out by so many this last week, the Gaza Strip has become a giant open-air prison. The current thugs running the Israeli government treat these desperate people like dogs. There's no hope while the Israeli far right's in charge. This photo of Fadi Abu Saleh, a Palestinian in Gaza confronting Israeli soldiers, was widely circulated last week. Israeli troops shot him dead.

A poem for our times

professing to protect the unborn only
to undo them, undermine them,
mine them monetarily once
the unborn is born time again
holier -than- thou hooligans who,
when all life is pro-life,
fight for the welfare of the fetus
but not welfare for the newborn
holier -than- thou hooligans
passing out evangelical mulligans
to impious charlatans peddling
sanctimonious pro-life demagoguery

holier -than- thou hypocrites, pimping
spurious sentiments and sacraments
to protect the unborn only to undo them,
unvoice them, undermine them, divide them
by race, class and choice in order to monetarily
abort the unborn once they are newborns

by Neal Hall
Posted by Karlo at 6:16 pm 0 comments 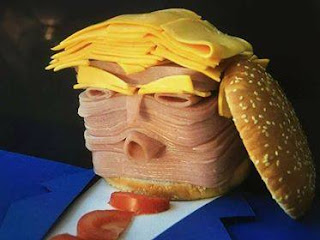 The fall-out from Trump's decision

Larison, writing for The American Conservative, does a nice job of summarizing the effects of Trump's recent decision to renege on the nuclear agreement with Iran. I quote the final three paragraphs:


Iranian hard-liners will be pleased by Trump’s decision, since it lets them claim vindication and accuse their domestic opponents of making the mistake of trusting the U.S. Hard-liners in the U.S. and Iran feed off of each other, and when they are in the ascendant in one country it boosts hard-liners in the other. Armed conflict between U.S. forces and Iran and its proxies is going to become more likely as a result of this decision, and that could escalate into a larger war faster than anyone expects. Once the U.S. is out of the deal, it won’t be long before we hear the usual drumbeat for military action against Iran.
Reneging on the nuclear deal doesn’t serve any American interests and does significant harm to several of them. Other states will be less willing to trust the U.S. to honor its obligations. That will raise the costs of every negotiation the U.S. conducts with other governments during the current administration. Every government that cooperated with the U.S. to secure the deal will remember how Trump simply threw away a major diplomatic achievement for the sake of spite and ideology, and they will be less inclined to cooperate with Washington the next time their help is needed.
Withdrawing from the JCPOA is a huge unforced error and self-inflicted wound whose full costs we won’t realize until later, and it represents a serious setback to the cause of nonproliferation. Trump is walking away from a deal that got the U.S. almost everything it wanted at virtually no cost, and he is doing it mainly because it allows him to repudiate his predecessor’s work. It is a perfect example of putting petty self-interest and pique ahead of the interests of the United States, and it has absolutely nothing to do with putting America first.
Posted by Karlo at 2:33 am 3 comments

Welcoming the newest member to the nuclear club

Trump has nixed the nuclear deal with Iran. This has to be the surest way to ensure that Iran will get nuclear weapons. While I'm sure that the U.S. is ready to rubber stamp any Israeli plans to lob a few missiles at Iranian nuclear development sites, neither nation has the stomach for a full-scale invasion, and without that, it's a fait accompli. Iran has surely read the writing on the wall. Build the nukes and they will come--to the negotiating table, that is. Just look at North Korea. As bellicose and idiotic as the regime is, no one (outside of tabloidesque op-eds) has plans to bomb the North. And for good reason. Of course, I'm sure that Trump could care less about the long-term effects this will have on Iran's nuclear ambitions. He's thrown his weight behind Israel and Saudi Arabia in the Middle East's proxy war. We'll just ignore, for the moment, that most of the backing for terrorist groups in the Middle East is coming from money funneled through Saudi Arabia or Pakistan. Iran is one of the few places in the area that doesn't have bombs constantly going off in markets--but the McLeader of the "free" world is working hard to change that.
Posted by Karlo at 11:43 pm 0 comments

In Japan recently, a politician giving a speech at a sumo exhibition match in Kyoto collapsed. Women (as it turns out, nurses) rushed to the ring and gave the man CPR. Since the sumo ring is sacred, someone in the audience shouted for the women to leave and so some flustered fellow on the microphone started to repeat the statement. Fortunately, despite the idiocy, the CPR worked and the man survived the ordeal. The incident comes in the wake of sexual harrassment scandals--in particular, a case where a politician came on to a female reporter very forcefully.