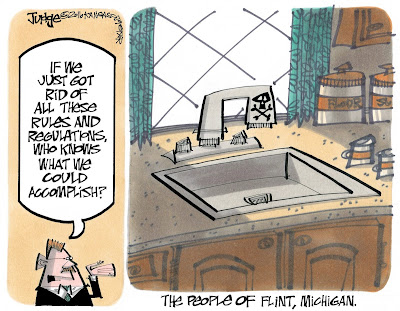 Schaal's an interesting comedian. Definitely worth seeing.
Posted by Karlo at 10:13 am 0 comments

Driving out the satanic game of chess I hope ISIS and Saudi Arabia don't get into a competition over who can come up with the most barbaric ideas and cruel behavior.

NY Times: Saudi Arabia’s top cleric has declared the playing of chess “forbidden,” calling it a waste of time and money that creates hatred between players. In a fatwa, or religious decree, issued in response to a question from a caller to a Saudi television show, Grand Mufti Sheikh Abdulaziz Al-Sheikh said that the game was “the work of Satan,” like alcohol and gambling...

This comes on the heels (a fitting metaphor if there ever was one) of the kingdom's sentencing a Palestinian poet to death on a trumped up charge of apostasy after he posted a video of religious police lashing a man in public.
Posted by Karlo at 12:26 am 0 comments 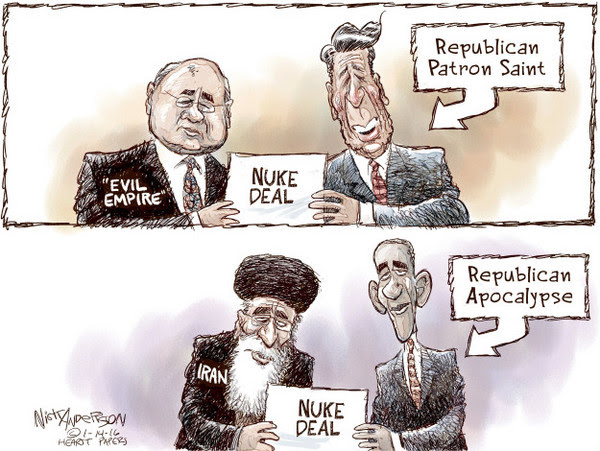 Rachel Maddow the other night had a good piece on the various versions of Reagan that the Republicans have chosen to remember and on how few of these have any link to the Reagan of history. Completely swept under the rug in the Republic psyche is the entire Iran-Contra scandal. By all accounts, Reagan was a lousy president. Even with scoundrels like Nixon, we can warmly remember his bold detente with China and aspects of his environmental policy. With Reagan, on the other hand, about all we can say is that he only shares some of the blame since he clearly had no idea what was going on half the time. This is Reagan's own words from p. 458 of Reagan: A Life in Letters:

During the course of our secret discussions, I authorized the transfer of small amounts of defensive weapons and spare parts for defensive systems in Iran. My purpose was to convince Tehran that our negotiators were acting on my authority, to send a signal that the United States was prepared to replace animosity with a new relationship...[I]t is in our national interest to watch for changes within Iran that might offer hope for an improved relationship... Our interests are clearly served by opening a dialogue with Iran...

And all of this willingness to talk and make peace just years after Iran held U.S. hostages. Reagan comes across as such a softy in contrast to our current cast of Republican manly men who will (we are told) magically bend the wills of the evil untermenschen throughout the globe who dare to oppose God-given American authority.
Posted by Karlo at 4:41 pm 0 comments

At the pump in Flint 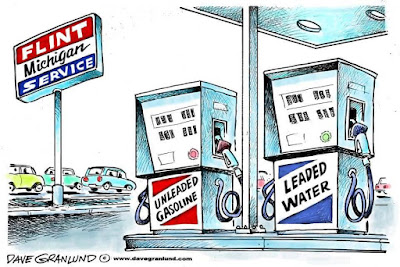 Reflections on the January 2016 Democratic Debate

Watching the debate, I get the feeling that there's an effort by NBC to favor Hillary. For example, they've selected clips that show Hillary in a positive light and show Sanders in a negative light during each of the breaks. Along similar lines, the Democratic Party has also done its best to limit Sanders' exposure by limiting debates and putting them all at bad times. Sanders did a great job of pointing out the key problem plague U.S. politics: money. Hillary threw out a bunch of red herrings. Her attack on Sanders' position on healthcare is especially idiotic, something about "throwing out Obamacare" in a move to single payer. As if changes to a government-run system would somehow eliminate the benefits of our current system. O'Malley isn't a contender so his current run is really more for gaining name recognition for future runs. With this in mind, he's doing very well. He appears to have some a decent record in office and puts forth some interesting proposals.
Posted by Karlo at 8:10 am 0 comments

I just watched the January 14th Republican debate. Most of the candidates had a fairly good night. Rubio struck me as a bit shrill. Bush bested his previous performances (not hard to do). Cruz, always the polished orator, was as kooky as ever. Carson's solution to everything seems to be to talk to experts (which is actually very sensible but not the most exciting campaign blurb). The constant attacks on the Democrats (a favorite fallback strategy of Christie) got old since no Democrats were there to reply. Kasich, as always, seemed like the adult in the room--not that it'll help him with the rank and file. The Fox moderators did a fair job except toward the end of the debate when they started asking leading questions (with the desired response clearly embedded in the question's wording).
Posted by Karlo at 9:54 am 0 comments

Time Out of Mind

I just finished watching Time Out of Mind, starring Richard Gere as a homeless man. I love many of Gere's films and this one gets credit for its very gritty and realistic portrayal of homelessness. Unfortunately, the film isn't very entertaining. And perhaps that's why it seems so realistic. Homelessness itself, after all, isn't very entertaining. Visually, the film also chooses realism over appeal. With a few exceptions, the scenes tend to be shot in trash-filled streets and homeless shelters. If anyone is hoping for a Disneyesque film of bum makes good and all's well that ends well, this isn't the film for you.
Posted by Karlo at 9:33 am 0 comments 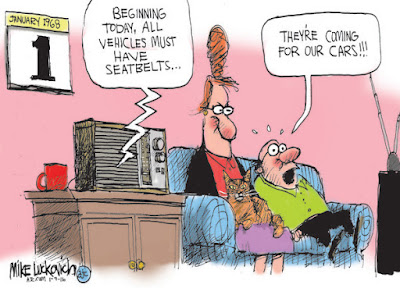 Alain de Botton has a very "spot-on" albeit scattered Ted talk about the need to incorporate elements associated with religion into our atheist lives.
Posted by Karlo at 2:49 am 0 comments 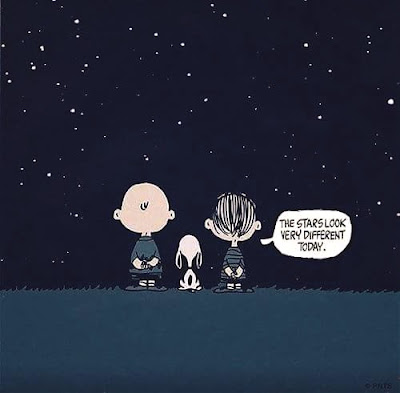 "Who would wear the jackboot most vigorously"

It's interesting to note that the two leading Republican candidates (with Cruz clearly ranking as the most admired) are also the most vicious and callous. This is from a recent NY Times op-ed by David Brooks:

To be happy, think of your death

This is well-written and probably right on. Something I must try.
Posted by Karlo at 1:14 pm 0 comments 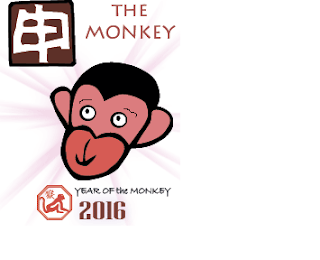