The song for the month by Kazuyoshi Saito. It's called the Promised December.
Posted by Karlo at 8:57 pm 0 comments

Wealth inequality and wealth of the nation

A paper by Bagchia and Svejnarb (2015) find that wealth inequality stemming from political connections shows a strong association with more negative growth for the economy as a whole. If this is true, the U.S. is in trouble.
Posted by Karlo at 9:42 pm 0 comments

I just watched Signal. I'm pretty open-minded when it comes to sci-fi, but this was one of those films that had a dire dearth of ideas.
Posted by Karlo at 7:56 am 0 comments

I just finished reading Flowers for Algernon. The book's an interesting read. The only part I didn't much care for was the fiasco at the academic conference. (Having attended conferences, the description struck me as much too contrived.) There have been a number of adaptations, such as a recent Japanese TV series with the same title (アルジャーノンに花束を). Watching some of the first episode, it looks like it follows the main plot line with at least a few innovations. There's also an episode (Season 12, 9th episode) of the Simpsons and a 1968 film Charly (both of which I have yet to see) based on the story.
Posted by Karlo at 7:16 am 1 comments

Nothing to see here folks, they're just poor kids, after all


What's going on in Flint, Michigan, under Governor Rick Snyder's watch is absolutely criminal. This idiot should be tarred and feathered.
Posted by Karlo at 12:38 am 0 comments

How the NRA stole xmas 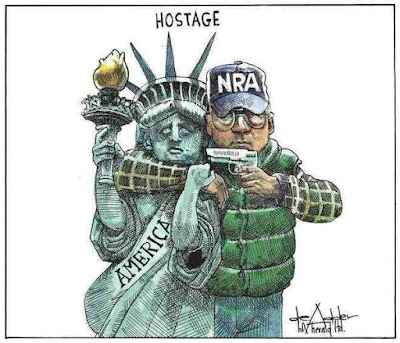 A few sunbeams through the clouds

Amid the spate of tragic news, there are a few glimpses of hope here and there. We hear that Mark Zuckerberg and his wife will eventually give 99% of their Facebook shares to charitable causes. There are of course those who will (for some reason) criticize the couple on various details of how they're going about this but I find it very noble. Contrast this with people like Martin Shkreli who, after acquiring a company, raised the  price of a badly needed drug from $13.50 a tablet to $750. There's even some positive news related to the latest surge in Islamic terrorism. On the other side of the planet, Indonesia is apparently stepping forth in very vocal opposition to the Islamic narrative put forth by Daesh (ISIL). Now, if we can only get Muslims throughout the Middle East to follow suit and the  Christian right in the U.S. to do the same regarding these nuts killing people at women's health clinics.
Posted by Karlo at 12:13 pm 2 comments

My kind of cafe 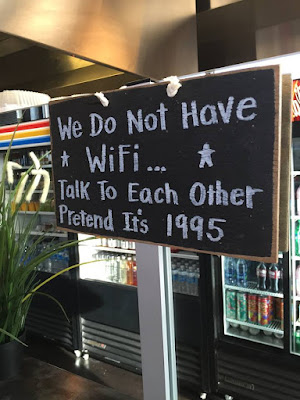