What you don't know can't hurt you?

What in the world is going on?

The top U.S. general in Afghanistan is increasingly classifying information about the Afghan military and police that had previously been released, an “unprecedented” decision that keeps it from the American public, according to a new watchdog report. The Office of Special Inspector General for Afghanistan Reconstruction (SIGAR) has singled out Army Gen. John Campbell in Afghanistan. The decision leaves the watchdog office, led by John Sopko, unable to publicly report “on most of the U.S. taxpayer-funded efforts to build, train, equip and sustain” the Afghan National Security Forces, SIGAR said.
Posted by Karlo at 5:20 am 0 comments

Badtux has an excellent post discussing the K-12 system in the U.S. in terms of quality and costs. While I suggest going to the source and reading the post in its entirety, the following three paragraphs (from the end of the post) are particularly worthy of reflection:

Which brings to a head the real problem with US education: inequality. In the nations that perform best on the test, nations like Finland and Japan, you do not see impoverished kids going to school in schools with no equipment, leaky roofs, and 40 year old books while their teachers get poverty-level salaries, while a few miles away rich kids go to gleaming schools with the best equipment, new books, and high teacher salaries to attract the best teachers. They make a point of giving every student access to the same quality of education regardless of family background or geographical location. A passing acquaintance is currently teaching English in a rural area in Japan. She rotates between three different schools teaching English to elementary school children. She is in awe of the facilities these children have. All the best equipment, gleaming facilities, swimming pools, the works. And this is a rural area generally considered backwards in Japan.

Yet you go to rural areas here in the United States and you see schools that are as impoverished as the ghetto, with decaying buildings and outdated textbooks and little lab and computer equipment and teachers who are paid poverty wages. Why do the Japanese perform so well on the PISA compared to the United States? The fact that virtually all Japanese students have access to good education, as versus here in the United States where your income determines where you live and thus your access to good education, has as much to do with it as the famous Japanese studiousness.

Inequality. It’s the biggest problem with the U.S. educational system, yet it is the problem that nobody seems to talk about. Why is that, I wonder? Could it be that our elites want there to be hoards of poorly educated children who grow up into poorly educated adults who spout Faux News talking points as if they were absolute truth handed down from the Great Penguin above? Naw, couldn’t be that, could it? Could it?
Posted by Karlo at 8:17 am 0 comments 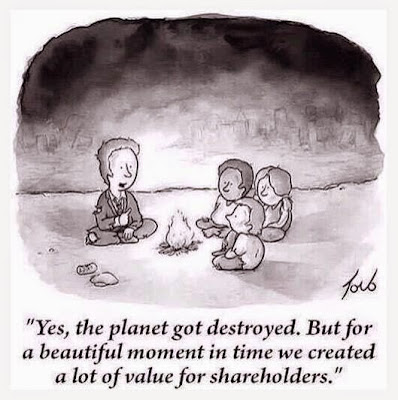 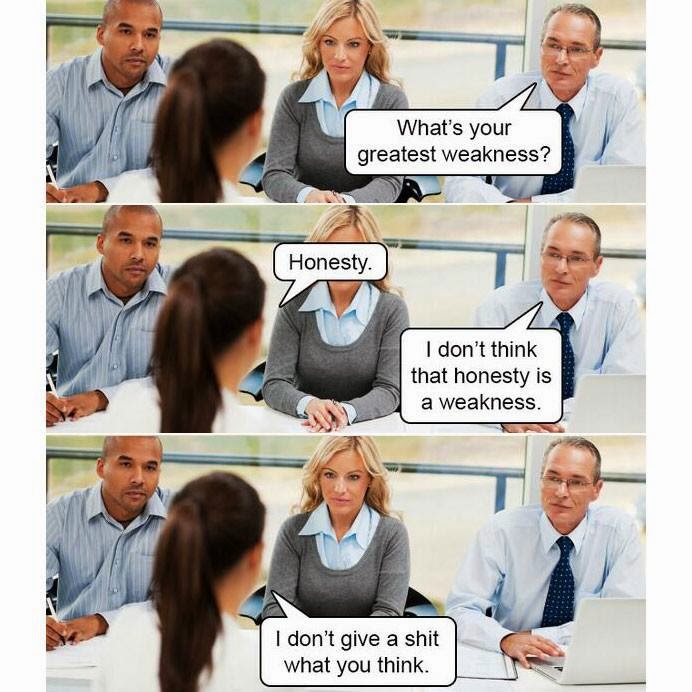 I really laughed when I saw this. There's actually a kernel of truth here--honesty is difficult and for there to be honesty, there has to be a willingness to encounter unpleasant truths. So my little atheist prayer this morning is: may I have the courage to speak the truth and (just as importantly) the courage to listen to uncomfortable truths.
Posted by Karlo at 7:15 pm 2 comments 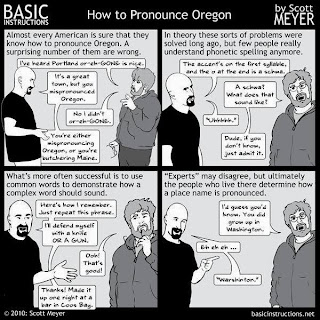 Fighting errorism, one office at a time 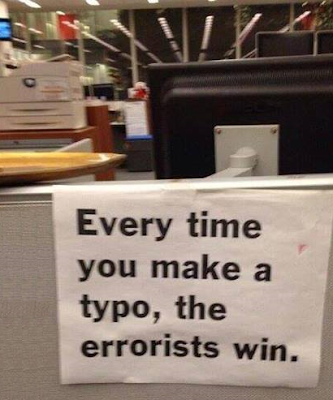 Blasphemy of the day 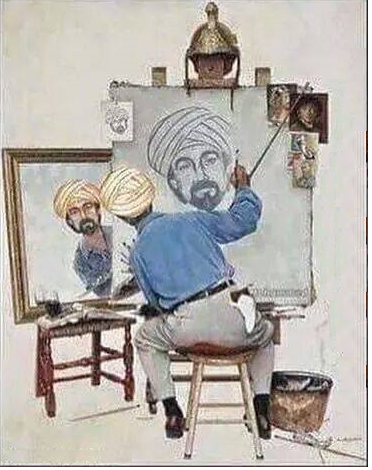 Suzanne Moore has an excellent article on the Charlie Hebdo issue in the Guardian. Here are a couple excerpts I thought were right on:

. . .
Equally disturbing is this talk of blasphemy. Jesus H Christ, remind me what year this is. At one end of the spectrum we have talk of blasphemy, then at the other a kind of liberal anxiety about bad manners – as if showing images was akin to bringing the wrong wine to a dinner party. To all of this, I must say I am pretty gobsmacked. There is a kind of faux respect floating around that I do not trust at all. For it is fearful. Last week I asked for us to continue in our disrespect and I meant it. Why must I have respect for religions that have little respect for me? That seek to curtail the rights of women? That find me unclean? I am not just talking about Islam here, but pretty much all religion. So there is some equal opportunity offence for you. Faithophobia. Add it to the list of my crimes.
. . .
There is no right never to be offended. Images are removed quietly sometimes. The artist Andres Serrano’s Piss Christ is withdrawn from Associated Press images. This photograph had already been attacked in France after demonstrations by Christians and the far right. Actually, I am offended daily by images of women reduced to body parts but I do not incite violence. So, please, let’s not talk about the fundamentalism of those of us who believe in free speech. Rather like feminism, we would actually like it to start.
Posted by Karlo at 1:22 am 0 comments 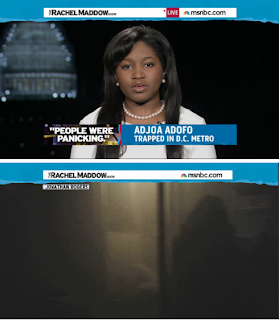 On Jan. 12, the DC Metro had a mishap near L'Enfant Plaza. The tunnel (and eventually the trains as well) filled up with smoke, causing extensive smoke-inhalation injuries and one death. The metro personnel dropped the ball in this case, leaving people on the train (apparently with no information) for much longer than was necessary. This doesn't surprise me. My experience in the DC Metro was that it was a very third-world sort of affair (no offense intended to third world train operators). Trains would stop running on a fairly regular basis; giant rats ran around everywhere; and large segments of the ceiling were falling. Visually, it's unnecessarily ugly with a sort of grey stained wall sort of theme. (The one exception is Union Station, which is beautiful and a great place to hang out.)
Posted by Karlo at 10:22 pm 2 comments

I just finished watching the romantic comedy Silver Linings Playbook. I'd definitely recommend this one. I can never figure out what makes a comedy work--it's something very subtle. The chemistry is just right in this one.
Posted by Karlo at 10:04 am 0 comments 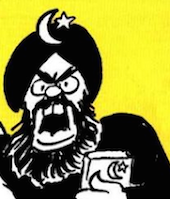 Yesterday (January 7th) at least two gunmen opened fire at the Paris office of Charlie Hebdo, killing at least 12 and wounding 11, four of them seriously. The staff cartoonists Charb, Cabu, Honoré, Tignous, and Wolinski, along with economist Bernard Maris and two police officers standing guard at the magazine, were all killed.

Fortunately, there's been some Muslim response in the West denouncing the killings. One of my pet-peeves when I go through people's reactions (both anti-violence Muslims and non-Muslim westerners) is that there's this sense that we have to see "both sides," so we get statements beginning with phrases such as, "While I don't condone the cartoons" and so on. And then there's the occasional reference to Western colonialism or Christian savagery in the Middle Ages and so on. What nonsense! Some killers walked into a building and murdered some innocent people. End of story. The killers need to be found and punished. Anyone who lent them financial support should also be punished, and those who support them ideologically (even indirectly) should be found guilty in the court of public opinion.

As discussed by Juan Cole (and Carl over at The Reaction), this incident (along with all acts of terrorism) should be seen in perspective. There are few terrorists in the world. The reason terrorists use terrorism is because they're a minuscule sliver of the population who want to appear more powerful than they are. To treat them as if they're a serious movement is to play into the hands of their propaganda.
Posted by Karlo at 8:45 am 0 comments

Give me that old time atheism... 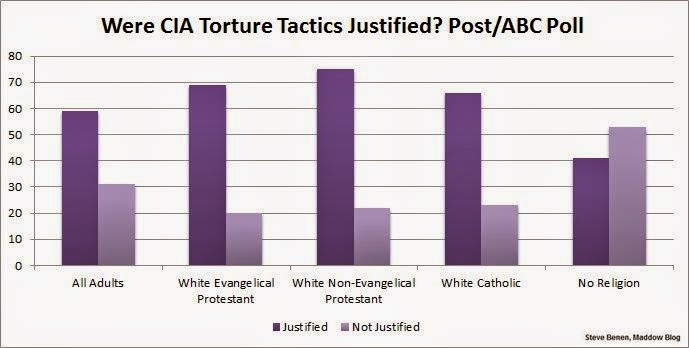