Who benefits when the U.S. economy grows?

These graphs (and their accompanying analysis) should be grounds for deep apprehension about the direction of the U.S. economy and all its imitators. 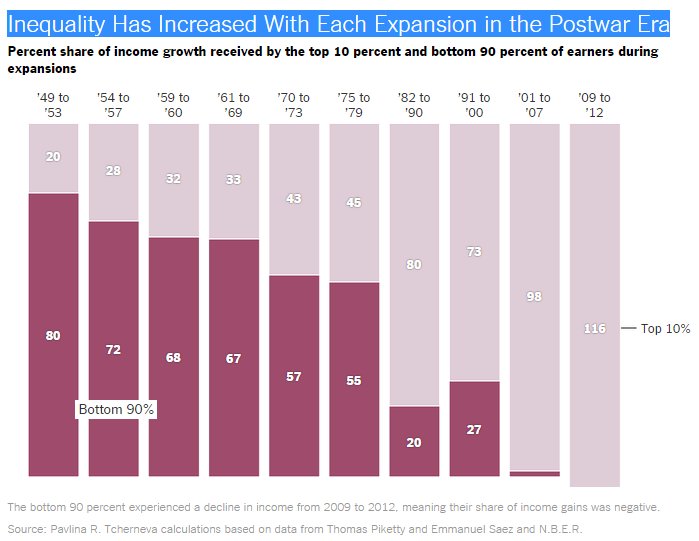 In this chart (from Pavlina Tcherneva's homepage), similar data are plotted slightly differently. The symmetry of the decline of the majority and rise of the poor is startling. 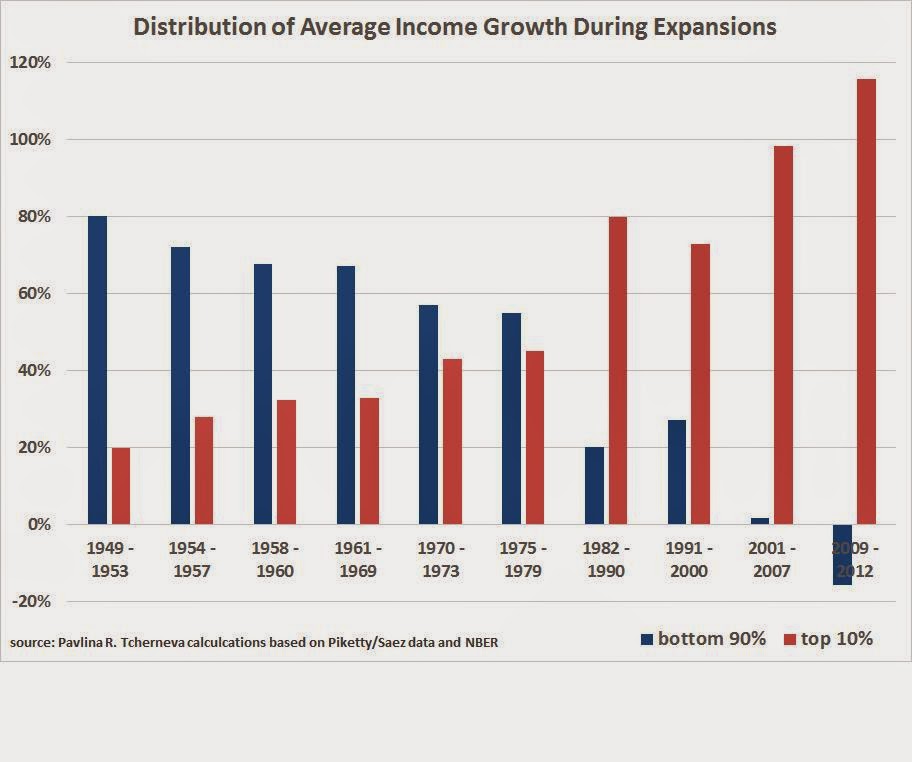 It doesn't get any better if we focus on the 1%. 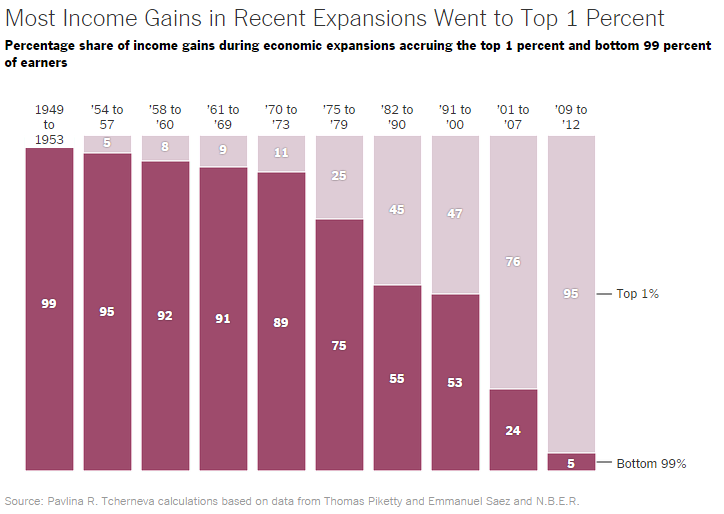 Opposing the "Property Party" in HK

Some interesting photos of the HK protest posted on Shi Tao TV (an internet TV station?) 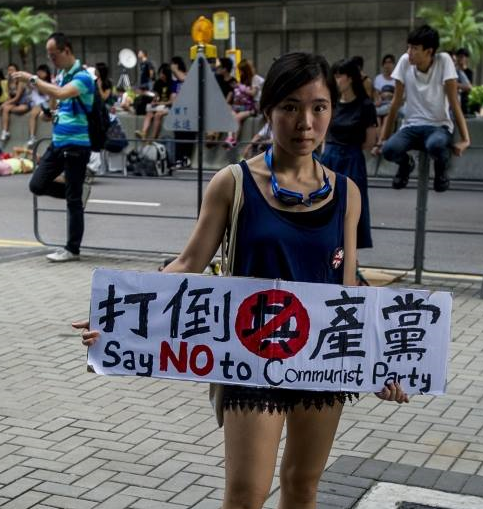 The Chinese on the sign doesn't just say "no," it explicitly says, "Overthrow the Communist Part." The Chinese word for "Communist Party" has three characters, the first meaning mutual, together, and so on, the second meaning property, and that last a party of faction. Notice that the mutual/together character has been crossed out, leaving only "the property party." 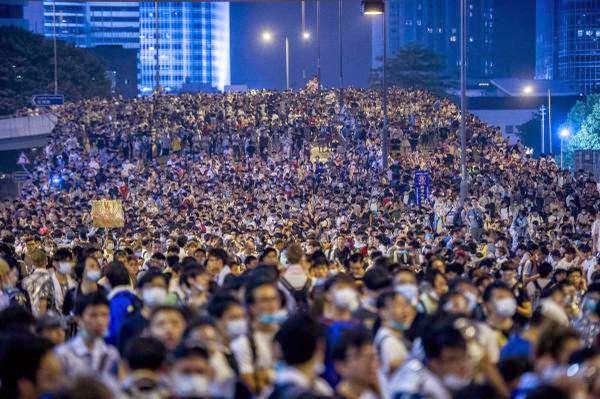 This photo, taken around Sept. 29, shows the scale of the protest.
Posted by Karlo at 4:43 am 0 comments

I came across this map that compares air quality across the world. The air quality in China is amazingly bad.
Posted by Karlo at 12:01 am 0 comments

Clear as mud (on a foggy night during a heavy rain) 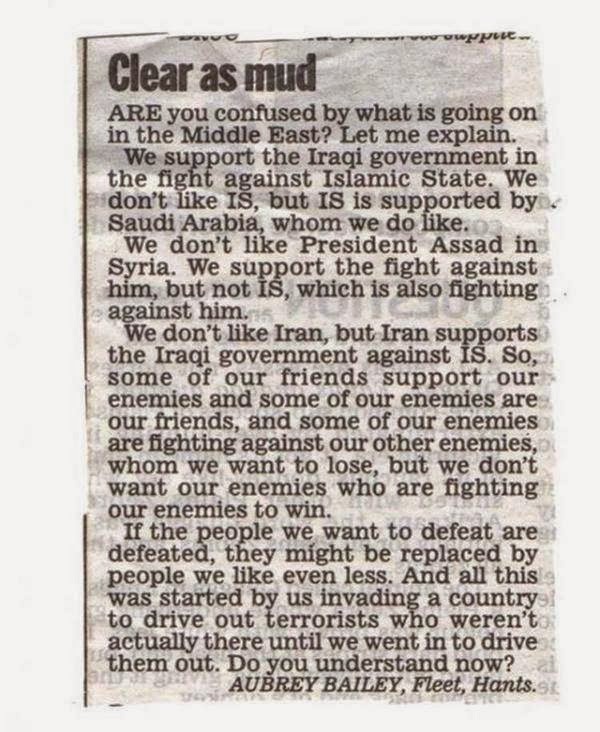 A year of solitude

I came across Kull's 1993 PhD dissertation on living a year alone in the wilderness in Chile. I wish it described living alone in a U.S. or Canadian wilderness, since I'm more likely to go to those places. All the same, I'm amazed that this was accepted as a PhD thesis. McGill needs to be congratulated for being open to such things. I haven't read much beyond a few excerpts, but it looks interesting. Some pictures with brief descriptions are available at Bob Kull's website.
Posted by Karlo at 4:08 am 0 comments

Aging: Will past trends continue?

The Atlantic has an excellent article titled What Happens When We All Live to 100?
Posted by Karlo at 5:19 pm 0 comments

I recently finished reading The French  Lieutenant's Woman. While not terribly enjoyable, it has its moments. I was searching for a readable book at a used bookstore in Jasper, Alberta, and they had an unbelievably unappealing collection--mostly Readers' Digest compendiums, astrology books, and the like. My guess is these were books given to them by people in RVs. I figured (correctly) that Fowles' book would at least be written well, as it's considered to be something of a classic.
Posted by Karlo at 4:18 pm 0 comments