A shot for cancer

Some of the new medical research on the horizon is exciting: Early results from a clinical trial by Stephen Russel at the Mayo Clinic suggest that a modified version of the measles virus can be used to target cancer cells and put the condition into remission. Researchers intravenously delivered 10,000 times the typical dosage of measles vaccine to two women who had multiple myeloma, a rare cancer affecting white blood cells in bone marrow. The virus, modified to specifically target cancer cells, reduced or eliminated tumors in the two patients. The 49-year-old woman responded particularly well. Other than one local relapse that was treated with radiotherapy, her tumors have disappeared and her cancer has remained in remission for over six months.
Posted by Karlo at 1:55 am 0 comments

This Korean group has a nice fresh sound.
Posted by Karlo at 10:33 pm 0 comments

The Artist and the Model 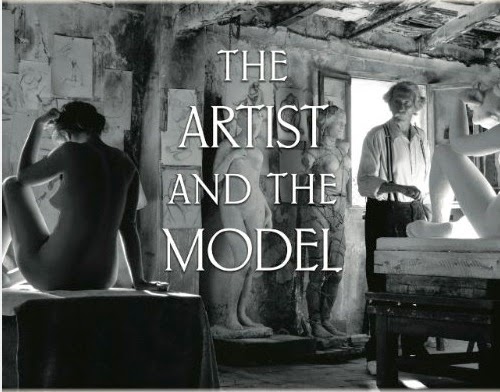 Last night I watched Fernando Trueba's The Artist and Model (2012). It's a wonderful film that doesn't conform to expectations in many ways. Although the film shows a great deal of nudity (featuring the very alluring Spanish actress Aida Folch), there are no sex scenes. Although Folch is gorgeous, her figure is definitely not the typical cookie-cutter big breast, thin waist sort of beauty depicted in Hollywood. Although the story happens in the midst of WWII, the fighting is only peripheral to the main story line. The story centers on a sculptor's quest to convey an original vision of the sublime, which he equates with feminine form and nature. You should see this. Although its slow, it's somehow very engaging from the beginning to the end.
Posted by Karlo at 5:55 am 0 comments

Where have all the fish gone?

A peer-reviewed article by Hutchings and Reynolds (2004) suggests that we should be very pessimistic about the viability of our world fish populations living outside of aquariums and fish farms.

[Abstract] Rapid declines threaten the persistence of many marine fish. Data from more than 230 polulations reveal a median reduction of 83% in breeding population size from known historic levels. Few populations recover rapidly; most exhibit little or no change in abundance up to 15 years after a collapse. Reductions in fishing pressure, although clearly necessary for population recovery, are often insufficient. Persistence and recovery are also influenced by life history, habitat alteration, changes to species assemblages, genetic responses to exploitation, and reductions in population growth attributable to the Allee effect, also known as depensation. Heightened extinction risks were highlighted recently when a Canadian population of Atlantic cod (Gadus morhua) was listed as endangered, on the basis of declines as high as 99.9% over 30 years. Unprecedented reductions in abundance and surprisingly low rates of recovery draw attention to scientists' limited understanding of how fish behavior, habitat, ecology, and evolution affect population growth at low abundance. Failure to prevent population collapses, and to take the conservation biology of marine fishes seriously, will ensure that many severely depleted species remain ecological and numerical shadows in the ecosystems that they once dominated.

I came across this book chapter by Uhlmann and colleagues about American exceptionalism and its ties to unconscious cultural beliefs. The main thesis is basically that all Americans are ultra-Puritain Protestants (in terms of their unconscious beliefs, at least) whether they want to be or not. I've put an outline of the article below for those interested.


Exception nature of American values based on Puritan-Protestant heritage
1. Extreme valorization of individual merit
- Partly due to Protestantism
- More Americans believe that people have what they deserve.

2. Maintenance of religious and traditional values in spite of industrialization
- The U.S. is much more religious than most advanced countries.
- Unlike in most countries, the situation hasn’t been changing.

Traditional values have strong influence on the implicit level.


National culture explains much more of variability than personal religion does. (An interesting and somewhat depressing fact!)

It wasn't a great read, but it did have some good pointers to other related literature that I wasn't aware of. One worrisome aspect of the article is that it relies heavily on the social priming literature that is currently under attack on methodological grounds and the failure of so many studies to replicate. 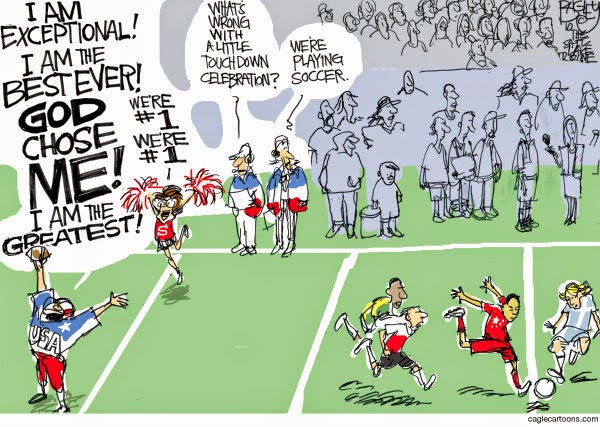 There's nothing new under the sun... 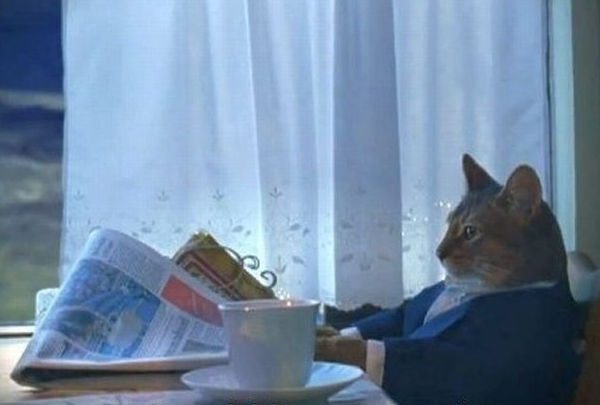