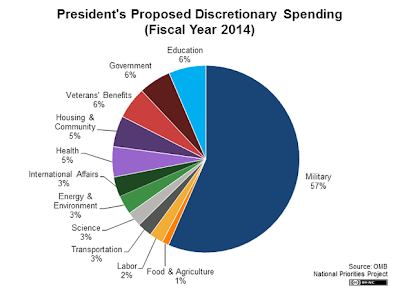 I'm always amazed by the size of the U.S. military budget. With so many people on the left and right unhappy about this, how does this continue to go on?
Posted by Karlo at 12:49 am 0 comments

What the wealth distribution means

This is a nice discussion of the current distribution of wealth in the U.S. This talk, by Robert Reich, asks how long can this go on before the system breaks.
As Richard Wilkinson points out in the following talk, income disparity, even when considered apart from the issue of poverty in absolute terms, creates havoc in society.
Posted by Karlo at 11:52 pm 0 comments

Around the 11- to 12-minute mark, Sandel makes a very profound point about Americans' inability, as a society, to reflect and evaluate their social practices. We could really use a modern-day Confucius or Mencius to carry out such a debate. I fully agree with his main point that the push to make everything in life into a commodity is extremely damaging to society (and, I might add, to the human spirit itself). In the end, it leads to the paradoxical situation we see in the U.S. where a small group of extremely wealthy individuals are doing all they can to create poverty and insecurity within one of the planet's wealthiest regions.

By the way, I see that Sandel's Harvard course titled "Justice" is all available online.

Warp fields and other stars

The Interstellar Journeys blog has a nice (albeit, quite short) documentary on interstellar flight, focusing on some recent research into the possible creation of a warp drive. My gut feeling is that if we ever make it to the stars, it'll be because we've managed to colonize the planets and asteroids in our own solar system first. I think the real turning point will be when the off-world population and economy surpasses that of Earth and is no longer dependent on the Earth. At that point, the amount of labor, creativity, and assumption of risk that we could throw at the problem would surely lead to some major breakthroughs.
Posted by Karlo at 11:32 pm 0 comments

What would Boehner do? 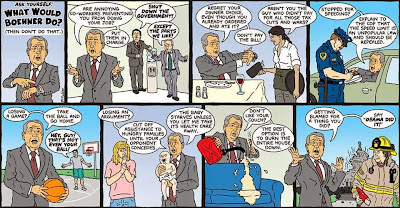 It's high time for some "cross-national learning"!

I think that Obama Care didn't go nearly far enough, but since the Republican's alternative is to go back to the status quo, we should really consider the fact that according to research, Americans pay much more for far less when it comes to their health system. This, for example, is from a 2011 study by Squires:

The Organization for Economic Cooperation and Development (OECD) tracks and reports on more than 1,200 health system measures across 34 industrialized countries. This analysis concentrated on 2010 OECD health data for Australia, Canada, Denmark, France, Germany, Netherlands, New Zealand, Norway, Sweden, Switzerland, the United Kingdom, and the United States. Health care spending in the U.S. towers over the other countries. The U.S. has fewer hospital beds and physicians, and sees fewer hospital and physician visits, than in most other countries. Prescription drug utilization, prices, and spending all appear to be highest in the U.S., as does the supply, utilization, and price of diagnostic imaging. U.S. performance on a limited set of quality measures is variable, ranking highly on five-year cancer survival, middling on in-hospital case-specific mortality, and poorly on hospital admissions for chronic conditions and amputations due to diabetes. Findings suggest opportunities for cross-national learning to improve health system performance.

We could really use some cross-national learning!

An article by Woolf and Aron (2013), summarizing the current situation, begins: The United States spends more on health care than does any other country, but its health outcomes are generally worse than those of other wealthy nations. People in the United States experience higher rates of disease and injury and die earlier than people in other high-income countries.

Unfortunately, nothing's changed in the last decade. Going back to 2003, an article laments that the U.S. has the priciest system and has nothing to show for it.
Posted by Karlo at 7:36 pm 0 comments

In spite of reports to the contrary, the sky's still up there.

Badtux the Snarky Penguin has an excellent post that provides some needed context for the latest Republican concern over the sky falling:


A common thing I hear is that “we’re broke”. Except the numbers don’t say that. The U.S. is the least-taxed major economy on the planet. During the horror of peace and prosperity that was the Clinton Administration taxation reached 29% of the economy, today it is at 26.9% of the economy. The OECD average is 35%. The deficit for the last fiscal year is estimated to be at 4% of GDP, so we could eliminate the deficit by raising taxes to 30.9% of GDP. That would still be lower taxes than every Western nation including all of Europe, Australia, and New Zealand, and lower than Japan if you use comparable figures, though slightly higher than South Korea. And we already know how to raise taxes to 30.9% of the GDP: just eliminate the tax loopholes that allow millionaires like Mitt Romney to pay only 15% of their income as taxes when you and I pay 30% or more of our income as taxes (if you count all taxes, including sales taxes, state taxes, property taxes, and Social Security/Medicare taxes).
As for the notion of the accumulated deficit being too high, the accumulated deficit currently stands at around 100% GDP. As in, if we paid off the entire accumulated deficit over the next 30 years similar to the way you’d pay off the mortgage on a house, we’d have to raise taxes roughly by 3.3% of GDP to do it, and we’d *still* be less taxed than the OECD average. Of course, there’s no real reason to do so since current Treasury bond offerings are going for 0% effective interest. As long as people are willing to let us use their money for nothing, why pay it back?
In other words, the notion that the United States is “broke” is utter nonsense. The numbers simply don’t support such a statement. The numbers are the numbers (and BTW, I got most of those numbers from the right-wing Heritage Foundation’s web site, so don’t claim the numbers aren’t the numbers).
Posted by Karlo at 11:28 pm 0 comments 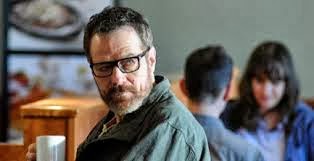 So what did you all think of the ending of Breaking Bad? Personally, I felt that everything was wrapped up a bit too tightly without enough loose ends. But all told, it was a great show. I hate to see it go.