While reading a somewhat dated article (that I'd highly recommend) that calls into question the wisdom of taking statins, I came across the measure known as NNT (number needed to treat). The NNT basically tells you how many patients would need to take a drug (or adopt some form of treatment) in order to obtain the desired outcome. When a drugs' effectiveness is analyzed using the NNT, the outcome can be very enlightening. In the article, Lipitor, used to prevent a heart-attack, had an NNT of 100! (In other words, 99 people taking this expensive drug for the observed period would receive no observable benefit whatsoever.) If we look at side-effects, on the other hand, the NNH (number needed to harm) is quite low (in other words, the side-effect would show up in even a small group of people taking the drug). I have some knowledge of statistics and am familiar with effect-size measures, but these measures--the NNT and NNH--are quite enlightening. If the NNT of common drugs is anything close to what it is for statins, it really suggests that Americans are popping way too many pills. Instead of wasting so much money on what is of little or no benefit (and is likely to harm us), we should relax, be happy, lose weight, meditate, laugh more, meet friends, have good sex, eat a few more veggies and fish, and cut out the red meat--all lifestyle changes that have been proven to be very effective.
Posted by Karlo at 4:52 am 0 comments

I recently watched Whatever Works, a 2009 comedy directed by Wooden Allen. The film has its moments. Unfortunately, Larry David really isn't up to playing the lead in the film. There's some subtle element of his body language that comes across as high school play instead of movie-level acting. That said, Woody Allen's able to work some of his magic, making the film mildly entertaining.
Posted by Karlo at 10:54 am 0 comments

Healthcare costs: Heading over the cliff

Americans already pay more than double what they should for healthcare, and yet healthcare costs continue to increase. This seems to me to be completely unsustainable.
On average, according to the latest Milliman Medical Index (MMI), a family of four covered through a typical employer health plan will pay out $9,144 this year in premiums and out-of-pocket expenses. That's up about 6.5 percent over 2012, though not as much as the prior year's increase of 7.2 percent. The 2013 rise translates into slightly more than $45 a month in higher monthly premiums and out-of-pocket expenses.
A significant reason for the jump, based on today's figures from Milliman, a health care consultancy, is that employees are shouldering a greater share of the cost of health insurance. Families are paying 8.4 percent more than last year toward insurance premiums, while employers are paying 6.1 percent more. Between 2010 and now, employees have seen yearly increases of 8 percent to 9 percent in their average monthly premium; increases in the employer contribution have averaged less than 7 percent. Private-industry wages, by contrast, have risen less than 2 percent in the last year, according to the Bureau of Labor Statistics.
Families with coverage like the one built into Milliman's assumptions will pay an average of $5,544 in monthly premiums through payroll deductions and $3,600 out of pocket for doctor visits, medications and other medical bills. Such figures are national averages; the most expensive 10 percent of patients run up more than seven times the average individual's expenses, according to Milliman.
"Average" means a family with two kids, enrolled in a company's standard preferred provider organization, which is the most widely used form of group coverage. The family pays about 41 percent of the actual cost of health care, according to the Milliman index. Employers pay the other 59 percent.
About half of Americans are insured through their employer; about 15 million people buy individual health insurance, according to the Kaiser Family Foundation, and are therefore responsible for all of their care.
Posted by Karlo at 12:58 am 0 comments

The Moon and Sixpence

Following my short foray into Murakami's works, I read Somerset Maughum's The Moon and Sixpence. While I wouldn't rank this up there with On Human Bondage or The Razor's Edge (which I really loved), the writing is clever and the main character, which is based loosely on Gauguin, is memorable.
Posted by Karlo at 4:56 am 0 comments

This was the third novel from Murakami that I read. I really liked this book. I made the mistake of watching the movie first, which made it hard to imagine the characters being any different from those in the film. That said, the film director actually does a pretty good job of following the book closely in just about every detail. Only a few subplots have been omitted, for example, Reiko Ishida's (石田 玲子)  story. In both the book and the film, Midori's a very appealing character--brutally honest with a great sense of humor and a real zest for life. The story strikes me as being quite profound, and the sexual interactions woven into the plot really help to accent the central theme of the novel. I'm now slowly making my way through the book in the original Japanese.
Posted by Karlo at 2:08 am 0 comments

After slogging my way through IQ84, I read The Wind-up Bird Chronicle. I enjoyed this book more for some reason, especially the Manchurian war episodes. The evil brother-in-law character strikes me as very underdeveloped, but the thematic symbolic elements (the scar, the wind-up bird, and so on) are tantalizing and seem to work at some level. Murakami's at his best in this and his other works when his characters go off onto some seemingly unimportant tangent. I was surprised to come across so many motifs that re-emerge in IQ84. (One of the characters--Ushikawa--has even been recycled.) And then there's the well, which appears prominently in the beginning of Norwegian Wood.
Posted by Karlo at 1:57 am 0 comments

Several weeks ago, I read IQ84. Out of the three Murakami novels I've read, this has to be my greatest disappointment. I'd agree with Bryan Walsh's review...

But as it is with all magicians, the spell cast by Murakami is a delicate one. In his massive new novel 1Q84, just published in English translation, it never quite dazzles as it should. All the usual Murakami elements are there: the detached protagonist, the creepy authoritarian cult, the mysterious quest, the moments when the bizarre bleeds into the buttoned-up world of modern Japan. Yet too often the words simply lay there on the page—all 932 of them. The effort feels all too forced, as if Murakami set out to write something that simply approximated a great novel. (Murakami has said that he was inspired by The Brothers Karamazov, which is similar to 1Q84 in that it is also very, very long.) This is a jazz solo that overstays its welcome.

I don't think it merely dragged on too long. You could reduce the novel to any length and it would still be immensely disappointing.
Posted by Karlo at 4:45 pm 0 comments

I stumbled upon some covers by Mike Masse and Jeff Hall. Great stuff. Their versions are incredible, but I also love their selection. It's strange, but virtually every song they sing, whether it's Simon & Garfunkle, Pink Floyd, Radio Head, or the Grateful Dead, has been a favorite of mine. 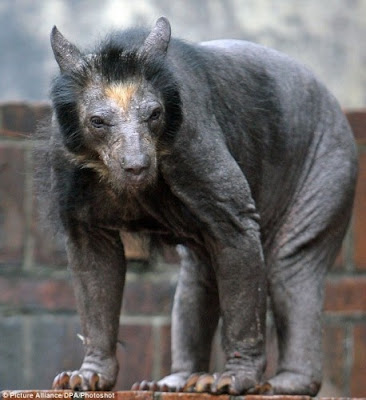