Mercury: A potential site for colonization? 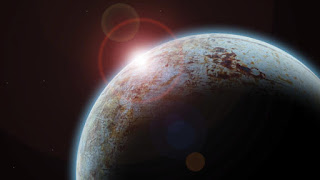 In light of the recent news about large deposits of water on Mercury, I wonder why there hasn't been more consideration of the planet as a potential site for human colonization. James Shifflett has an interesting page where he discusses some of the issues involved. As he mentions, one of the great advantages would be the availability of solar power--a disadvantage of Mars which is farther than the Earth from the sun. Mercury also has a magnetic field and has gravity similar to that of Mars. Comparing the two, I can't really see any advantage of Mars except that it's easier and faster to get there and yes, the scenery's much more enticing. I guess Mars is also a better spot for terrafarming, although that particular project is so vast and requires so many resources and time that it's unlikely to make much difference whether we have some small groups of scientists huddled in caves on the planet's surface.
Posted by Karlo at 12:03 am 0 comments

And another party's over... 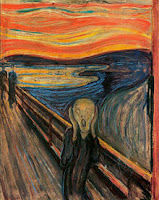 And now, as the post-election reality begins to sink in, we get the threats from those who didn't achieve victory for their agenda. (As for what such a victory might mean, I can only imagine since both parties are so similar. But these are the same people who think that the U.S. is communist--a view so idiotic as to end the possibility of a rational discussion.) So prepare to be unfriended...or divorced...or to have someone's dog shit on your lawn.  From Eric Dondero over at Libertarian.net:

However, for me, I'm choosing another rather unique path; a personal boycott, if you will. Starting early this morning, I am going to un-friend every single individual on Facebook who voted for Obama, or I even suspect may have Democrat leanings. I will do the same in person. All family and friends, even close family and friends, who I know to be Democrats are hereby dead to me. I vow never to speak to them again for the rest of my life, or have any communications with them. They are in short, the enemies of liberty. They deserve nothing less than hatred and utter contempt. I strongly urge all other libertarians to do the same. Are you married to someone who voted for Obama, have a girlfriend who voted 'O'. Divorce them. Break up with them without haste. Vow not to attend family functions, Thanksgiving dinner or Christmas for example, if there will be any family members in attendance who are Democrats. Do you work for someone who voted for Obama? Quit your job. Co-workers who voted for Obama. Simply don't talk to them in the workplace, unless your boss instructs you too for work-related only purposes. Have clients who voted Democrat? Call them up this morning and tell them to take their business elsewhere. Have a neighbor who votes for Obama? You could take a crap on their lawn. Then again, probably not a good idea since it would be technically illegal to do this. But you could have your dog take care of business. Not your fault if he just happens to choose that particular spot. And start your boycott of your Democrat friends and family today. Like this morning. First thing you can do, very easy, is to un-friend all Democrats from your Facebook account.
Posted by Karlo at 7:14 pm 3 comments

A victory of sorts 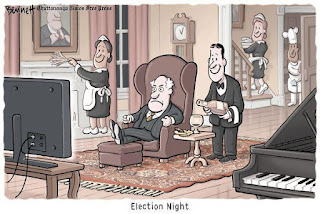 While I would fully agree with those who say that Obama's policies don't differ substantially from those of the Republicans, the Democrats at least represent a less flagrantly plutocratic version of the status quo. They'll throw slightly less money away on "defense" (a loaded word if there ever was one), and will give less away to the wealthy in tax breaks (although still giving away far too much). More importantly, we've avoided letting the Republicons change the Supreme Court, which would have moved us back to the 1950s on women's issues and abortion rights. (I do like watching Mad Men on the screen, but I'm not so sure I'd want to relive the entire era. I certainly would want it for my daughter!) So I guess it's good to see that the country has a preference (albeit, a very slight preference) for a slightly better version of corrupt pro-corporate government. On the bright side, the state results were more exciting this time around and suggest some real shifts in attitudes. We now have states with some of the most lax marijuana policies in the world. It's hard to believe that Washington now has more liberal policies in this regard than British Columbia (where you can get marijuana prescribed for acne.) And same-sex marriage laws are also catching up with shifting attitudes (especially among younger voters). These are good changes. It'll be interesting to see if these laws survive federal challenges.
Posted by Karlo at 6:21 pm 2 comments

This comic (taken from Cul de Sac) belongs on the cover of a Zen zine.
Posted by Karlo at 12:47 pm 0 comments