In the latest objective evaluation, the U.S. gets a D while Canada gets a B. At this point, I'd be happy with just a C.
Posted by Karlo at 4:25 pm 4 comments

Who's who in the idiot box

This picture says volumes about what is wrong with the U.S. 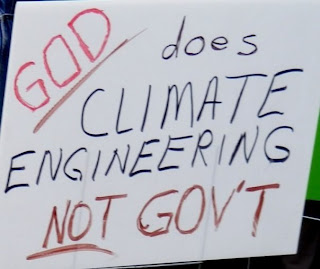 I just read that the socialist radicals of the Bush administration succeeded in spreading socialist medicine to America's far-flung colonies Article 31 of the Iraqi Constitution, drafted in 2005 and ratified by the Iraqi people, includes state-guaranteed (single payer) healthcare for life for every Iraqi citizen
Article 31:


"First: Every citizen has the right to health care. The State shall maintain public health and provide the means of prevention and treatment by building different types of hospitals and health institutions."

I guess we'll have to wait to be conquered by the U.S. Army to get our own universal healthcare. The stateless folks living in Guantanamo have it, after all.
Posted by Karlo at 2:33 pm 2 comments

Flipping through radio stations yesterday, I briefly heard some rightwing rant about the great new threat appearing because Iran had opened direct flights to Venezuela. (Thank goodness terrorists aren't smart enough to hop on an indirect flight!) Then, like an auctioneer on speed, the ranter went on to connect Iran with Hezbollah with terrorism and with an imminent attack on the U.S. But then I looked at the chart on p. 25 of National Counterterrorism Center's report for 2008 and found that half of the world's attacks had been perpetrated by Sunni extremists. (While Christian extremists are mentioned, Shiite extremists don't even get their own category on  the chart!) Of course, to put the whole thing in perspective, U.S. citizens' fatalities, at 33, were a mere sliver against the nearly 16,000 fatalities suffered by non-U.S. citizens (p. 29). I'm increasingly convinced that facts simply don't matter. Anyone anywhere is free to construct any narrative about the world and rightwingers will accept it as an article of faith if it simply makes them feel better, if it allows them to pat themselves on the back for being born into the promised land and entitled race, and if it allows them to hate and vilify some weak scapegoat.
Posted by Karlo at 2:06 pm 2 comments

The future of ideas and information

I've been watching MIT World Videos--a large collection of lectures by some of the top thinkers in academia. It's a good site that I recommend. One great benefit of the internet has been in its potential in giving ordinary people cheap access to quality ideas and intellectual debate. I was thinking today how great it would be if book publishers would simply allow us to sign up to large consortiums of book-sellers and then download any book we wanted to read (or listen to). I've seen some timid steps in this direction, but there's still a huge gap between the knowledge available to researchers at the top universities and what the average low-earning citizen has access to on the internet.
Posted by Karlo at 3:10 pm 2 comments

Discovery of an earthlike planet

Astronomers have found a rocky planet orbiting another star. While the glowing lava planet in a tight orbit won't provide a good spot for vacationers or wannabe extraterrestial colonists, the find is important since it moves us closer to finding earthlike planets that are habitable. I predict we'll have clear evidence of habitable planets in the near future while many of us are still alive. This is exciting stuff. Amidst all our senseless destruction of our own habitat and shortsightedness, it's comforting to think that there might be a greener, more pristine Eden out there somewhere--even if we never get to it.
Posted by Karlo at 10:27 am 1 comments

Can't take 'em with you when you go!

I'm headed out to get my driver's license renewed and get a new donor sticker taped to my new card. For anyone who hasn't done so yet, I strongly suggest becoming an organ donor. It's depressing to think of how many people are dying because some of us can't be troubled to take 2 minutes and fill out a card.
Posted by Karlo at 7:38 pm 2 comments

On every major measurement, the Census Bureau report shows that the country lost ground during Bush's two terms. While Bush was in office, the median household income declined, poverty increased, childhood poverty increased even more, and the number of Americans without health insurance spiked. By contrast, the country's condition improved on each of those measures during Bill Clinton's two terms, often substantially.
Posted by Karlo at 5:02 am 2 comments

Matt Taibbi has a good general article on the healthcare issue in Rolling Stones. One paragraph in particular pretty much sums up where we're at:

Just as we have a medical system that is not really designed to care for the sick, we have a government that is not equipped to fix actual crises. What our government is good at is something else entirely: effecting the appearance of action, while leaving the actual reform behind in a diabolical labyrinth of ingenious legislative maneuvers.

The U.S. political system allows subtantial change if and only if it doesn't hurt some wealthy interest, which is of course just about never. As Taibbi points out (if you look closely between the lines here, you'll see a faint smirk), the rightwingers, in their rebuttal make a good case for the public option:

The logic behind the idea was so unassailable that its opponents often inadvertently found themselves arguing for it. "Assurances that the government plan would play by the rules that private insurers play by are implausible," groused right-wing douchebag George Will. "Competition from the public option must be unfair, because government does not need to make a profit and has enormous pricing and negotiating powers." In other words, if you offer a public plan that doesn't systematically fuck every single person in the country by selling health care at inflated prices and raking in monster profits, private insurers just won't be able to compete.

One of the reasons for this chaos was the bizarre decision by the administration to provide absolutely no real oversight of the reform effort. From the start, Obama acted like a man still running for president, not someone already sitting in the White House, armed with 60 seats in the Senate. He spoke in generalities, offering as "guiding principles" the kind of I'm-for-puppies-and-sunshine platitudes we got used to on the campaign trail — investment in prevention and wellness, affordable health care for all, guaranteed choice of doctor. At no time has he come out and said what he wants Congress to do, in concrete terms. Even in June, when congressional leaders desperate for guidance met with chief of staff (and former legislative change-squelcher) Rahm Emanuel, they got no signal at all about what the White House wanted. On the question of a public option, Emanuel was agonizingly noncommittal, reportedly telling Senate Democrats that the president was still "open to alternatives."

As the title of the piece goes, this is all so sick and so wrong.
Posted by Karlo at 4:32 pm 0 comments

Michael Pollan in the NY Times makes a good argument for including food in the debate about healthcare. I strongly feel we need available healthcare. At the same time, people need to take care of their own health and work at shedding the extra pounds. A couple excerpts from the article:

We’re spending $147 billion to treat obesity, $116 billion to treat diabetes, and hundreds of billions more to treat cardiovascular disease and the many types of cancer that have been linked to the so-called Western diet. One recent study estimated that 30 percent of the increase in health care spending over the past 20 years could be attributed to the soaring rate of obesity, a condition that now accounts for nearly a tenth of all spending on health care.
But so far, food system reform has not figured in the national conversation about health care reform. And so the government is poised to go on encouraging America’s fast-food diet with its farm policies even as it takes on added responsibilities for covering the medical costs of that diet. To put it more bluntly, the government is putting itself in the uncomfortable position of subsidizing both the costs of treating Type 2 diabetes and the consumption of high-fructose corn syrup.
Posted by Karlo at 6:20 pm 3 comments

Capitalism: A Love Story premiers tonight and is supposed to hit theaters October 2nd. I'm looking forward to watching this. I'm generally a great fan of Michael Moore's stuff and I really think we need more muckrakers and askers of hard questions. Our recent experiences with the Shrubian misadministration and our current experiences watching Obama, like some half-hearted Don Quixote, failing to face the corporate windmills and create a miniscule change in a collapsing health system have made me increasingly convinced that the American people, like some raging alcoholic, simply haven't quite hit bottom yet and so aren't willing to admit that they've got a problem. Of course, just as alcoholics have a limited time to seek help before their liver and brain turn into silly putty, nations and peoples (or, for that matter, intelligent species) have a limited time to alter their trajectory. I'll be interested in seeing Moore's take on the problem.
Posted by Karlo at 9:44 am 5 comments

I watched District 9 and agree with Cul that this is a must-see film that deserves credit for originality.
Posted by Karlo at 4:31 pm 5 comments